What is a Bill and how does it become an Act?

An Act begins as a Bill. A Bill is a proposed law which contains amendments to legislation as suggested from the following sources:

The Bills to be discussed are listed on the Parliamentary Notice Paper, where it is generally indicated whether the Bills are:

If the Bill is passed, it proceeds to the other house (usually the Senate for Cth and Legislative Council for the States) and undergoes the same process as the lower house.

When Parliament is prorogued, as in the case of a general election being called, all Bills currently in session are dropped from the Notice Paper. At TimeBase, we refer to this as the Bills being "Not in Current Session".

The most important documents when researching the history of a Bill are:

For Bills to become Acts (when they are assigned an Act number), they must receive the final approval or Royal Assent of the Governor-General, on behalf of the Queen (or the Governor, in the States). 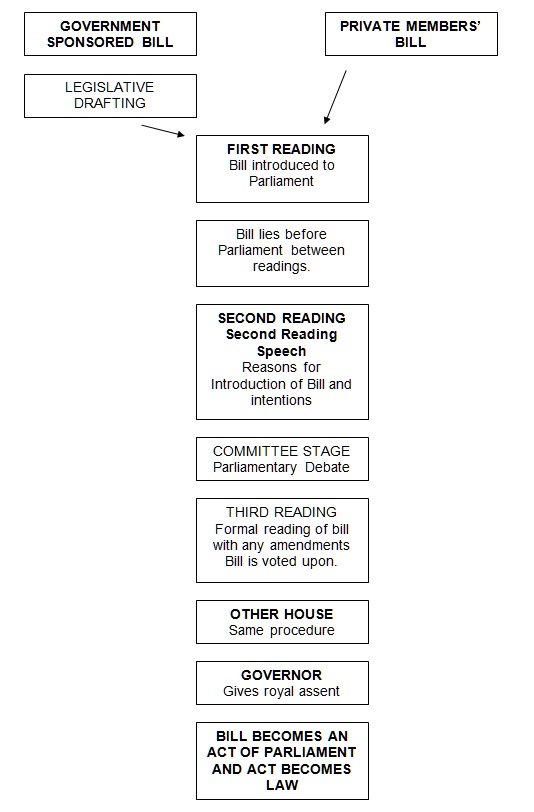