What is the difference between statute and common law?

Common law or case law is law as declared by judges.

Legislation is the primary source of law today and all cases start with interpreting the legislation as made by Commonwealth and the States.

There are a few notable exceptions to this rule that are common law jurisdictions. These include negligence, torts, fiduciary duties and other equitable rights and contracts (to the extent not covered by statute).

Statute Law can also be called Legislation (made by Parliament). 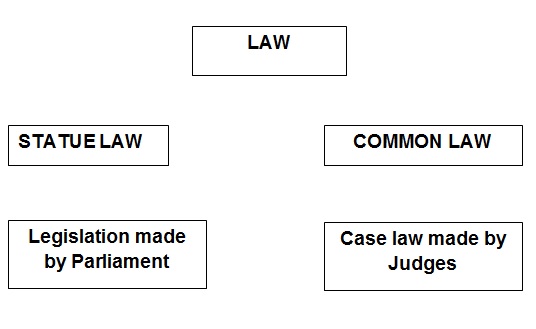